Whether you love it, loathe it, or don’t really care, either way, you can’t reasonably deny that the social media world is impossible to ignore in the modern world. So much vital information is exchanged via Twitter and Facebook that avoiding them only leaves you learning things late once they’ve been expanded via secondary channels (blog sites, for instance) — and that’s solely for things that might interest you personally.

When it comes to business, social media isn’t merely important for staying apprised of recent events. Its role goes far beyond that. In truth, its ascent to mainstream ubiquity has proven transformative in many industries — and that’s certainly the case for the online retail industry. Social media and eCommerce came to prominence at similar times, and it’s clearly true that ecommerce would have developed somewhat differently had social media never arrived.

In this piece, we’re going to consider what exactly social media did to eCommerce, ultimately touching upon the role it plays in today’s online retail world. Let’s dive right in.

Social Media Has Changed How Brands Connect With Their Customers

Before social media came along, there was a notable disconnect between brands and their customers. Exchanges were fundamentally private, occurring via phone calls or email threads, and companies were in the habit of being steadfastly formal and businesslike whether they were discussing orders or handling return requests.

After social channels began to attract attention, though, smart companies had little choice but to invest in them as promotional avenues. After all, if they wouldn’t, their competitors would. And their promotional work didn’t stop at distributing ads and linking to products: it extended to providing a much more personalized and relaxed form of customer support. (Note that omnichannel marketing and conversational selling are key trends right now.)

Today’s sellers try extremely hard to become friendly with their customers. They seek to show that they’re fun, relaxed, and trustworthy — this of course makes their promotional efforts significantly more potent. For instance, I spotted that Hapbee on Instagram has an interesting mixture of categories. Alongside images and videos of the product itself and press coverage, it highlights customer testimonials and general inspiration.

Social proof has always been a big deal, but there’s a massive difference between a simple 5-star rating and a glowing endorsement spoken to the camera and shared with the world. Top brands know this and hire large teams of marketers specifically to focus on building up their images on relevant social media platforms.

The Rise to the World of Influencer Marketing

The biggest brands in the world do influencer marketing relatively rarely, cherry-picking the right spots to sponsor videos, and the smallest brands aren’t big enough to justify the expenditure — but for all the sellers in the middle, influencer marketing has become a valuable asset. The concept is simple enough: find someone whose opinions are respected by your target audience, and pay them to promote your product (or products).

This can be done directly (paying a set sum for a specific post) or through an affiliate marketing arrangement that sees the influencer get a modest commission for each sale they drive (Amazon does this very effectively to incentivize the use of its store). Either way, affiliate marketing along with Amazon SEO initiatives have proven to be effective advertising engines to reach customers in the internet age.

When was the last time you paid attention to a banner, whether physical or digital? Have you ever clicked on a PPC ad? You might not even see such ads: after all, ad-blocking tools have become extremely popular. Influencer ads, on the other hand, can’t really be blocked. The most someone can do is decide to stop following a particular influencer or get into the habit of ignoring anything that seems overly promotional.

Most people don’t mind their favorite influencers promoting products as long as they don’t endorse things that are worthless. Retailers who are trying to promote a genuinely good product, then, need to ship it to some relevant influencers: it’s such a compelling way to get eyes on it.

In fact, social commerce and influencer marketing are about to become easier than ever with TikTok, a popular social platform for sharing user-generated videos, further investing in social commerce alongside eCommerce platform Shopify.

Shopify and TikTok will collaborate to test new commerce features that will further empower merchants to expand their reach in video and on the social platform. This partnership will allow Shopify merchants to create, run, and optimize TikTok marketing campaigns directly from the Shopify dashboard through the TikTok channel app from the Shopify App Store. This includes access to the key functions from the ads portal from TikTok at their disposal.

Lastly, we should think about how the rise of social media changed the rules of engagement when it comes to rival sellers. As noted earlier, there was a major shift from private conversations to public conversations. And this left those conversations open for others to join whenever.

Soon enough, some brands quite reasonably decided that there’s value in weighing in at opportune times. If one seller receives heavy criticism from a customer on social media, one of its competitors can arrive to join in on the criticism and offer an ostensibly superior alternative. It’s a bold move to directly challenge a rival, but boldness often comes across well.

That said, we don’t only see brand clashes because of social media. We also see countless collaborations (particularly for charitable causes). Beyond this, we see cold wars where competitors exchange passive-aggressive remarks and snarky comments. Look at the social media style popularized by fast-food chain Wendy’s. Though it certainly squares off against rival chains, the warfare is more akin to professional wrestling. In other words, the animosity isn’t legitimate. It’s all about putting on a performance to entertain the crowd and make some money.

Wrapping up, it’s clear that social media significantly has shaped today’s eCommerce world. Without social promotion and customer feedback, online retail would be extremely different — and brands would be considerably less interesting.[vc_column width=”1/4″]

[vc_column width=”3/4″]Rodney Laws is an ecommerce platform specialist and online business consultant. He has worked in the ecommerce industry for nearly two decades, helping brands big and small achieve their business goals. You can get his advice for free by visiting EcommercePlatforms.io and reading his detailed reviews. For more tips and advice, reach out to Rodney on Twitter @EcomPlatformsio. 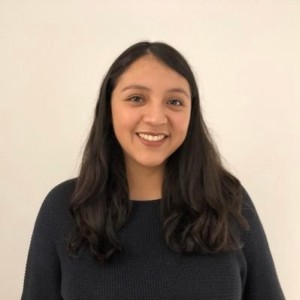 Maria Almendariz is a Marketing Assistant and SEO expert at VL OMNI, an iPaaS platform for agile and scalable eCommerce integration. With over 26 years in data integration, VL OMNI guides global multichannel merchants via thought-leadership, expert advice, and content in areas such as ecommerce, integrations, and ways to empower business.
Share on facebook
Facebook
Share on twitter
Twitter
Share on linkedin
LinkedIn
PreviousCleansing your data: How bad data affects your site
NextVL OMNI’s BFCM Round Up 2020