For Their Third Annual Partner and Developer Conference,

Although Shopify Unite unofficially kicked off with Day Zero on Monday, May 7th with Shopify Plus Partner Day and local partners’ opening their doors for panels, interactive question and answer periods, and tours of their offices, Shopify Unite officially kicked off for their third annual conference on Tuesday, May 8th. For the first time since Unite’s inception three years ago, Shopify came home to their Canadian roots, choosing to host this year’s partner and developer conference at the Evergreen Brick Works in beautiful Toronto, Ontario, Canada.

For Partners and Developers lucky enough to grab tickets to this year’s conference (and those who were able to catch a livestream of the main stage, live-streamed around the world), there was an incredible number of announcements, that were enthusiastically received by all in attendance. The buzz around Shopify and Shopify Plus is incredible and indisputable, and you don’t need to look any further than Shopify themselves and the incredible community of passionate agencies, technologists, developers, and merchants who do not simply subscribe to the platform and what it offers, but also to the belief that Shopify empowers entrepreneurs.

As Tobi Luke, CEO of Shopify, put it:

“The future of commerce we envision has more voices, not fewer.”

If you’re a Shopify or Shopify Plus Merchant, you’ll start seeing some of the exciting announcements from Shopify Unite on your accounts as soon as immediately, with more releases to come between now and the summer of 2018. But if you want to know more about what’s coming now, here’s a quick summary of some of the biggest showstoppers:

While the announcements were what hundreds of Shopify and Shopify Plus Partners and Developers came to Unite for, the event itself had tons of peripheral action that made it into three non-stop days of ecommerce and multi-channel excellence. On Day One, the Right Honourable Justin Trudeau, Prime Minster of Canada made an appearance at Unite (to the absolute delight of many international visitors!). Mr. Trudeau sat down with Shopify CEO and Founder Tobi Luke and Amber Mac to have an open discussion on Canadian entrepreneurship, diversity in the tech sector, and supporting Canadian talent and innovation. Many in the audience found this final keynote absolutely inspiring! Day One wrapped with a fantastic after party at the Rec Room in downtown Toronto. Arcade Games, photo booths, DJs, and surprise guest DRAM had everyone up and dancing the night away.

Day Two at Unite 2018 took a deeper dive at the announcements made on Day One with breakout streams and panels with lots of opportunities to ask questions and network. For VL OMNI, it was a rare chance to have many of our increasingly international partners in the same place at the same time! By the end of Day Two, the feeling was unanimous for all Unite attendees: Shopify and their Partners are going to have a very exciting year!

Check out our visual recap of all the exciting and fun highlights!

Are you a Shopify Plus Merchant?
Meet the data integration solution designed for high-growth multichannel commerce 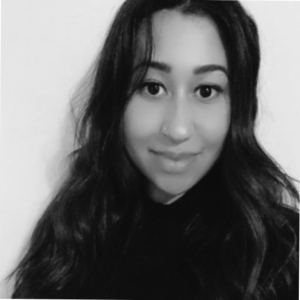 Vanessa Matos is a Marketing Coordinator at VL OMNI. As an integration platform partner for real-time, agile, and scalable iPaaS data integration, VL OMNI empowers businesses to accelerate growth by integrating their systems, channels, partners, and applications together in ways that matter most to them.
Facebook
Twitter
LinkedIn
PreviousShopify Unite 2018 – Day Zero Visual Recap
NextEmpower Your Business Growth With Shopify Plus: Things You Need To Know About Data Integration To Come To The Table Prepared – A VL OMNI Infographic